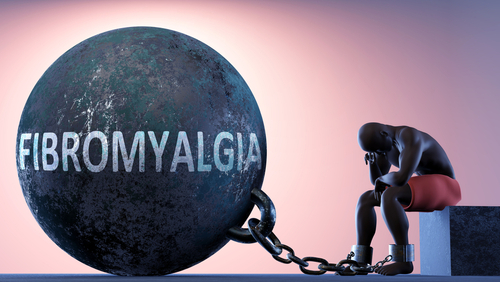 Fibromyalgia is often mistaken for other chronic pain conditions, disorders, and diseases.

There’s widespread misinformation about this disease, which has created a lot of confusion.

Let’s dig into it and separate five common fibromyalgia facts from fiction.

It’s simple. Everyone has blood pressure and blood sugar and experiences physical and emotional pain to some degree.

Doctors diagnose diabetes and hypertension (high blood pressure) when blood sugar and blood pressure are above the normal range on a sliding scale.

And that’s how they diagnose fibromyalgia, with pain being the variable that goes beyond the normal range instead of blood pressure or blood sugar.

Now, pain and fatigue from exercise, injuries, and lack of sleep comes and goes. It’s normal. But steady pain in several or more body parts for three months or longer isn’t, and fibromyalgia may be to blame.

The reality, however, is that fibromyalgia pain is likely neurological (a problem with the central nervous system), and has non-pain symptoms.

3. Fibromyalgia is a fallback diagnosis. (Wrong!!!)

It’s often called a fallback diagnosis because there isn’t one specific test or telltale symptom used to diagnose it.

However, the American College of Rheumatology (ACR) has developed specific diagnostic criteria.

These factors indicate fibromyalgia (according to the ACR):

a) Recent pain and other symptoms such as fatigue and mental disturbances in the past week. The pain reaches a specific severity level and occurs in at least several out of 19 parts of the body.

b) At least three months of consistent symptoms.

c) Absence of other health problems to account for these symptoms.

Fibromyalgia and depression (major depressive disorder) are often associated because of their overlapping symptoms.

Gender-based bias in diagnosing fibromyalgia may be why women account for most cases.

Have you been diagnosed with fibromyalgia or think you may have it? At Texas Pain Physicians, our expert pain specialists will find the cause of your pain or discomfort and develop a treatment plan that’s right for you.

Do I Have Tendonitis or Tendinosis?
Scroll to top